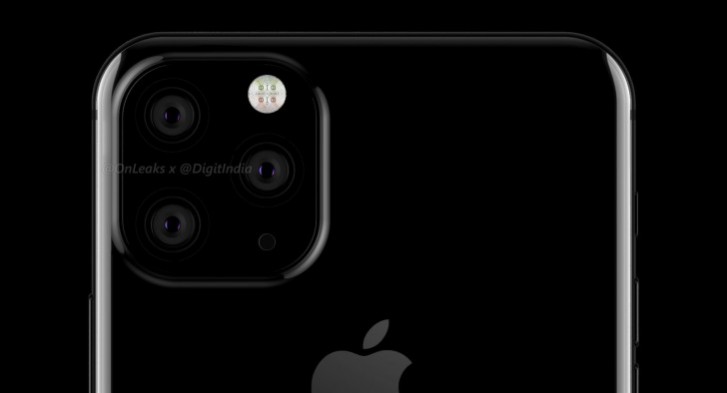 Some renders and rumors have asserted that the iPhones to be released this year will have triple rear cameras. This, apparently, will necessitate a Huawei Mate 20-esque square module for these sensors. MacOtakara has claimed that its sources in the supply industry have confirmed this rumor.

It seems that Apple is following Samsung and some other OEMs into Triple-Cam Domain this year. The resulting iPhones have extra modules which might be the depth-sensing modules of some kind. Therefore, this thing has concluded in renders suggesting that Cupertino giant might take Huawei’s design cues in making its extended imaging component.

That is to say, these cameras might be aligned in a square on the backs of the iPhones in question. Many render also suggesting that the theory of the module as a whole might be uplifted above the main rear panel. It is also limited to one corner of the surface, though with lots of Apple mobile devices of the past. This concluded in a potentially different aesthetic impact as compared to the Huawei Mate 20 series, in which the square cams will be centrally spaced.

It has been rumored by MacOTakara that these ‘Square’ renders are to be the actuality for the 2019 generation of iPhones. The claims are made based on the tips from a ‘Chinese Supplier’. The blog also stated that the new devices from factors wouldn’t be varying in their dimensions from those set out in the iPhone XS, XS Max or XR otherwise.

As a matter of fact, it symbolizes that the devices will differ in terms of their chipsets, as the brand new models will be having access to the A13 Bionic SoC. Therefore, the new camera arrangement will be required a new case line-up – even it seems that the next generation XR lines for an extra main camera this year.