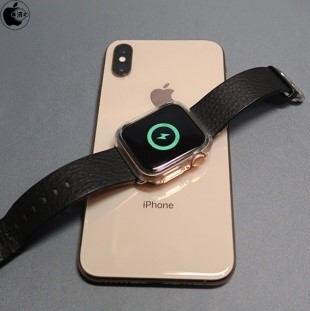 Apple has developed a habit of disappointing its fans by including power bricks that charge at only 5W with its iPhones. However, a new leak has predicted that the company will put an end to this in 2019. It also projects that the next generation of Apple mobile devices will be capable of reverse wireless charging.

Apple iPhones have been shipped with 5W wall charges for the past few generations. Though, the similar mobile devices can also charge at higher wattages, which splits the time spent plugged in by a specific margin.  Unluckily, the OEM sold the power bricks which gives this service separately. As stated in a new report by the tipster blog MacOtakara, This business practice would not be used this year.

The tipster blog claims that the Cupertino giant has come up with a new smartphone data & power port called the C94. It has been said that the new connector is pretty compatible with a cable which supports USB power delivery i.e. USB-PD. The charging boosts to 18W with this new technology and this technology will be with the next generation of iPhones as standard. It has also been posted at the blog that the C94 will be of lightning variety, and not USB type C i.e. as on the iPad Pro 2018 as some Apple fans might hope.

This year, this is the only power related development that Apple has been adopted. The MacOtakara post also stated that a new report has been made by famous analyst Ming-Chi Kuo. Kuo projects that iPhones will reach on to the Huawei Mate 20 and Samsung Galaxy S10 lines in a way that these devices will have their own versionso fo reverse wireless charging.