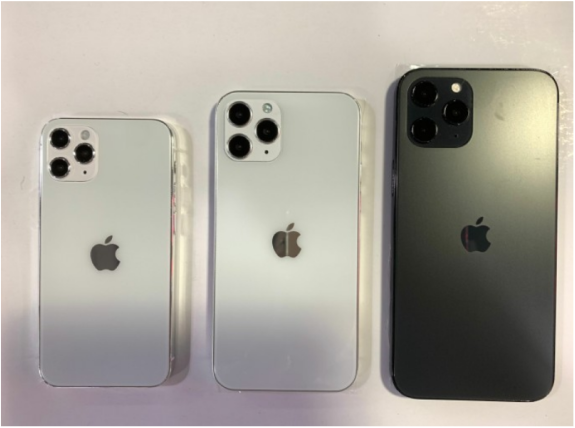 A number of images of new transparent cases and dummy devices that allegedly match the upcoming iPhone 12 series have been posted by a Reddit user who claims to work in mobile phone repair industry. In terms of design the iPhone 12 series phones are supposed to deviate from the current 11 series. However the common thing between both series is the set of cameras that was introduced in 2019 in iPhone 11 series although the new iPhone 12 series’ each camera may have more lenses.

That seems to be the most prominent feature of new series and it is quite evident in latest leaked images of the phone which has been posted by the Reddit user named blastolodz who claims to have received dummies and cases of these phones earlier from a supplier. The texts in one of images seems to confirm that they are indeed images of 6.7-, 5.4-, and 6.1- inch display variant of the upcoming iPhone 12 series phones.

One of the images showing the rear images of the dummy iPhone 12 seems to exhibit flat edges: a feature Apple plans to introduce in upcoming iPhone series in 2020. In short, all these new leaked images are lacking compared to previous leaks are the rumored colored casings.