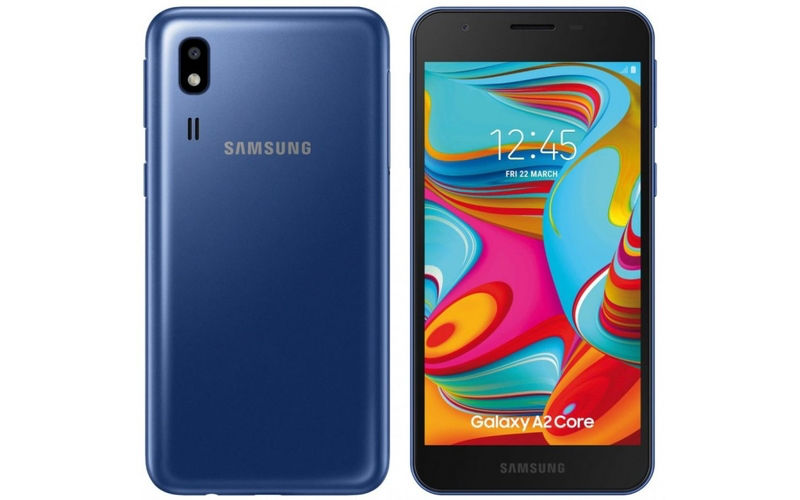 The first press render of Samsung’s coming Android Go smartphone was surfaced online a few days ago. It was also shown that the entry-level handset will be launched as Galaxy A2 Core. Since then there have been no reports about when the smartphone will become official, it has now appeared on the FCC website.

The specs revealed by US FCC include a display which measures 126mm or 4.96 inches diagonally. It will be a 5 Inch device with a display of qHD resolution, much like other android Go devices. Other than that, physical dimensions will be 141mm height and 71mm width. The software is expected to be Android Oreo (Go Edition) instead of the newer Android Pie (Go Edition).

The US FCC certified the SM-A260G and SM-A260G/DS versions of the Samsung Galaxy A2 Core. It is also known that the smartphone is run by the version of the Exynos 7870 octa-core chipset. The storage capacity is 16GB of internal storage and a microSD card slot and RAM will be 1GB.

The launch date is not yet confirmed, there is a possibility that the smartphone will be announced later this week, as the press render presented date of March 22. With the recent information about the design and software, it is expected that the phone will be priced around 5000 INR in India. More ambiguities will be clear after 22 March. Stay tuned for more updates about the phone’s features and its launch date.