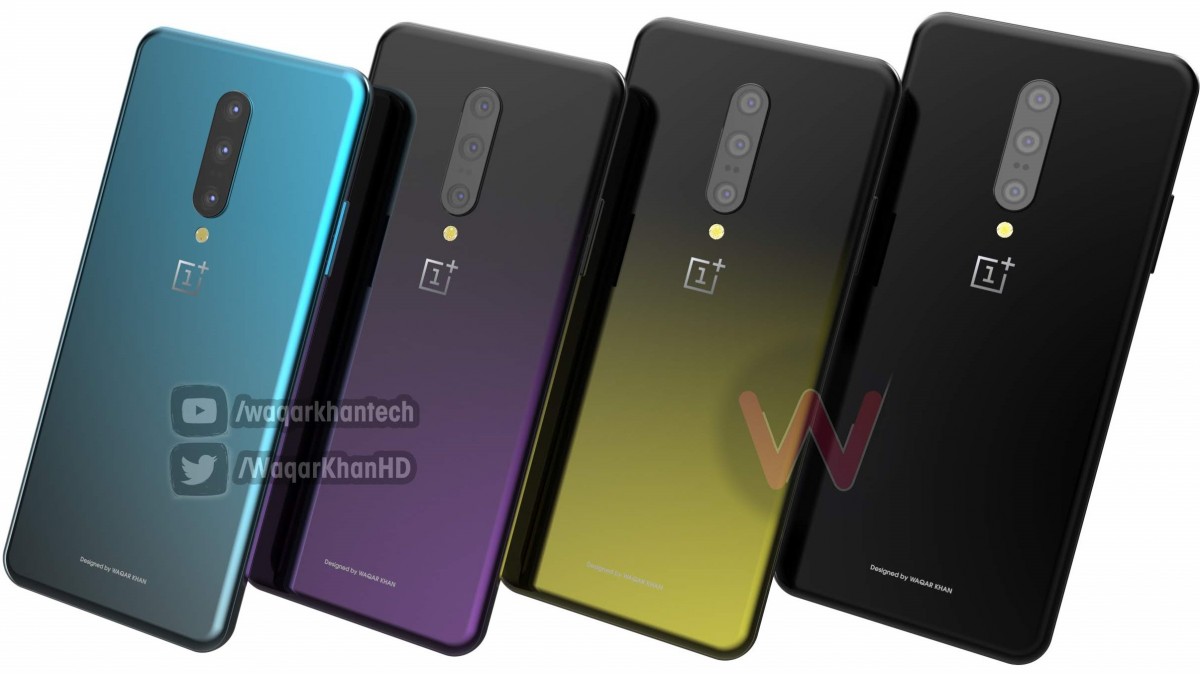 In the initial days of this month, we have seen that CAD renders of the Oneplus 7 had revealed its design. Now, we have been updated by renders which shown that the upcoming OnePLus flagship is in .

The renders of OnePlus 7have been made by Youtuber Waqar Khan, he shows smartphone in four multi colors – in which two of them are a gradient. In perspective of design, these renders follow a previous leak by OnLeaks and in terms of likeliness they had been based on it.

Two weeks ago, the OnePlus 7 was seen on a retailer’s website with its specs which include Snapdragon 855 SoC, up to 12GB RAM and a 6.5-inch AMOLED display.

The listing has unveiled a triple camera setup (48MP + 20MP + 16MP) at the back. Plus, 16 MP Selfie camera shown at the top. The internal storage of smartphone is 256 GB and the battery is 4,000 mAh with 44W Wrap charging, though it doesn’t come with wireless charging.